Six not-for-profit projects from across the world have been shortlisted to receive the BIE-Cosmos Prize, organised in partnership with the Expo ’90 Foundation and Expo 2017 Astana. The prize rewards not-for-profit citizen and group initiatives working in fields related to the theme of the Expo – “Future Energy”.

The six projects are being presented in the Energy Best Practices Area at Expo 2017 Astana, bringing international attention to their respective causes. A jury, appointed by the BIE, Expo 2017 and the Expo ’90 Foundation, will select one winning project to receive a donation of 20,000 euros. The announcement will be made on BIE Day, held on 9 September, the penultimate day of the Expo. 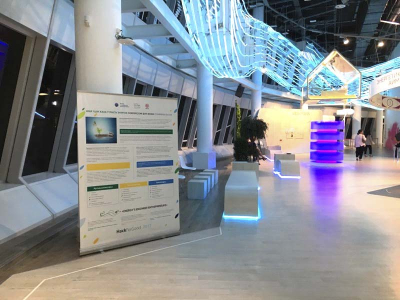 The selected projects include a solar oven promotion scheme in Burundi (ASEPE), a solar project to use solar energy to power a technical school in the Democratic Republic of the Congo (OCEAN), a university project to design and construct low-cost solar collectors in Lesotho (NUL), a rehabilitation centre’s eco-friendly initiatives in Lithuania (Full Home Community), a research project in Romania to improve solar panel efficiency using energy from bacteria (UMPH), and an engineering project in Spain to store energy using compressed air (Energy’s Engineer Entrepreneurs).

The BIE-Cosmos Prize is a collaboration between the Bureau International des Expositions (BIE) and the Expo ’90 Foundation, which commemorates the International Horticultural Expo 1990 in Osaka, Japan. At each World Expo and Specialised Expo since 2008, the BIE-Cosmos Prize has been awarded to projects linked to the theme of the Expo to encourage citizen participation. Each prize gives financial support to one project whose development is considered part of each Expo’s grassroots legacy.

At World Expo 2015 in Milan, which was organised under the theme “Feeding the Planet: Energy for Life”, the BIE-Cosmos Prize was awarded to the “Nutritious Diet and Sustainable future for Haiti’s Children” project, submitted by non-governmental organisation CESAL.

Short descriptions of the selected not-for-profit projects may be found below:

The Association Ensemble pour la Protection de l’Environnement (ASEPE) is an environmental NGO in Burundi aimed at promoting eco-awareness and protecting the environment. The NGO is seeking to promote the use of solar ovens in Kamenge district of Bujumbura, as a way to reduce the use of wood as a cooking fuel. This will reduce deforestation and is a sustainable and accessible form of energy in an area where electricity access is low.

OCEAN -  Democratic Republic of the Congo

The Organisation Concertée des Ecologistes et Amis de la Nature (OCEAN) is an environmental NGO aimed at restoring ecological balance while promoting socio-economic development. The project is to install solar panels to provide clean and reliable energy to the Kitomesa Institute, a technical school in the suburbs of Kinshasa that only receives electricity for an average of 2-3 days per month. The project aims to cut pollution and deforestation while contributing to the more widespread use of solar power in the country.

The Department of Physics and Electronics at the National University of Lesotho (NUL) is seeking to promote the local production of low cost flat plate collector solar panels. The project aims to provide energy in rural areas of Lesotho where poverty is widespread and where energy for water purification, heating and lighting, is obtained from paraffin or wood, which has consequences on development and health. The project seeks to provide training about designing and producing solar panels using locally available resources.

The Full Home Community in Panura Village, Lithuania, provides free-of-charge rehabilitation and consultations for individuals who suffer from drug addictions, and their families. The association has partnered with the Lithuanian scientific community to create an organic herb farm that makes use of a herb desiccator with an integrated solar panel. The Full Home Community is also developing an electrical energy storage system and has built high-energy efficiency buildings certified by the Passivhaus Institut.

UMPH Cluj-Napoca is a leading medical university in Romania with rapidly growing spectrum of research niches. Researchers at the university have conceived a project focused on renewable energy: using cyanobacteria, a bacterium found in most habitats on earth. The project involves the use of hybrid solar panels that generate more electricity than standard solar panels by capturing the energy produced by bacteria.

Energy’s Engineer Entrepreneurs is a group of industrial technology engineers from the University of Vigo in Spain. Their project would focus on clean energy storage as a substitute for batteries and fossil fuels, which are not sustainable. The new energy storage system relies on the potential energy of compressed air, which produces energy when it is released by using an air motor, and would be of particular use in providing electricity to remote areas.