Gathering delegates of BIE Member States and guests from across the world, the symposium familiarised attendees with the chosen theme and its relevance for 2025 and beyond. 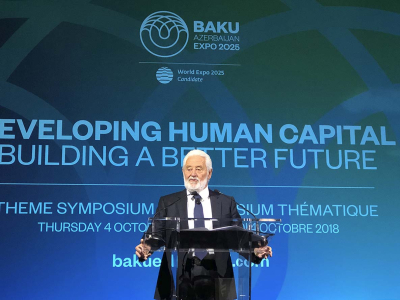 Speaking at the opening of the symposium, the Secretary General of the Bureau International des Expositions (BIE), Vicente G. Loscertales, emphasised the role of the theme as the “engine” for debate, exchange and discussion at World Expos. Focusing on the theme selected by Azerbaijan for World Expo 2025, the Secretary General stated: “for the international community, reflecting on the development of human capital is to study together the best ways to guarantee the benefits of technology for all members of society.”

The theme and the three subthemes – Talent, Vitality and Achievement – were raised in dedicated sessions. The Minister of Education of Azerbaijan, Jeyhun Bayramov, focused on “Talent: the future of education”, indicating that Expo 2025 in Baku would “focus on the human implications of new technology for education […] with the aim of enhancing social inclusion, professional development and employability.”

Drawing attention to “Achievement: the future of work”, Azerbaijan’s Minister of Labour & Social Protection of the Population, Sahil Babayev, underlined the importance of how “new technologies can streamline processes, becoming less of a burden on the environment while opening up space for human creativity.”

The thematic presentations were followed by a panel discussion and Q&A session. In closing remarks, Ambassador Elchin Amirbayov, Assistant to the First Vice President of Azerbaijan and Chief Delegate to the BIE, expressed Azerbaijan's wish that Expo 2025 Baku lead to the creation of a World Human Capital Day as a sustainable legacy. 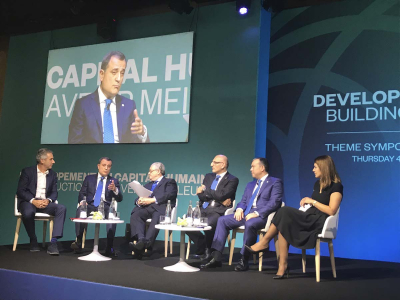 With less than two months before the election of the World Expo 2025 host country, the organisation of forums allows Member States to exchange with candidates on the proposed themes and the questions they raise.

Azerbaijan is one of three countries bidding for the right to host World Expo 2025, the other two candidatures being from Japan (Osaka), and Russia (Ekaterinburg). Member States of the BIE will elect the host country during the Organisation’s 164th General Assembly on 23 November.