Ukraine submitted today a letter of candidature to the Bureau International des Expositions (BIE) to organise World Expo 2030 in Odesa.

The letter, from Prime Minister Denys Shmyhal, was handed to the Secretary General of the BIE, Dimitri S. Kerkentzes, by the Ambassador of Ukraine to France Vadym Omelchenko. 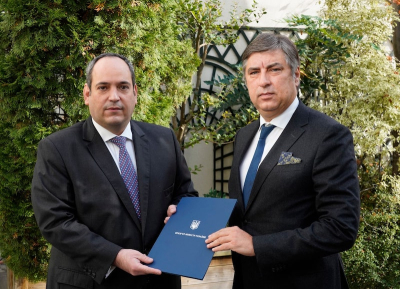 Ukraine’s candidature is based on the theme “Renaissance. Technology. Future”, and if successful, the Expo would take place in the city of Odesa between 1 May and 31 October 2030.

Once the list is closed, the project examination phase of the candidature process will be launched, during which each candidate will submit a detailed candidature dossier. The BIE will then organise Enquiry Missions and assess the feasibility and viability of each candidature project. The host country of World Expo 2030 will then be elected by BIE Member States gathered in a General Assembly, on the principle of one country, one vote. 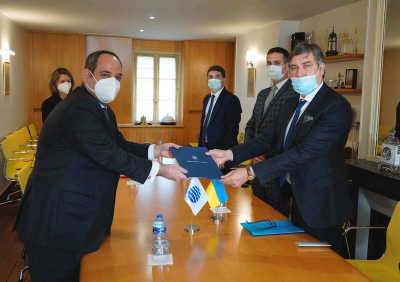 The Secretary General of the BIE, Dimitri S. Kerkentzes stated: “The BIE is pleased to receive Ukraine’s candidature to organise World Expo 2030 in Odesa. This fourth candidature testifies to the compelling interest in World Expos as global events that generate lasting transformations in favour of a better world.”

Ukraine participates regularly in World and Specialised Expos. At Specialised Expo 2017 Astana, it was rewarded with a Bronze Award in its category for its thematic development. Currently, at Expo 2020 Dubai, Ukraine is participating with a self-built pavilion under the theme “Smart Ukraine: connecting dots”.

World Expos, officially known as International Registered Exhibitions, are global gatherings of nations addressing universal challenges of our time. These unparalleled global events offer a journey inside a chosen theme through engaging and immersive activities. Taking place every five years and lasting up to six months, World Expos welcome tens of millions of visitors, allow countries to build extraordinary pavilions, and transform the host city for years to come.