On 15 June 2016, a delegation representing Expo 2016 Antalya addressed the 159th General Assembly of the Bureau International des Expositions (BIE), detailing the progress of the Horticultural Expo and the latest activities on site.

Expo 2016 Antalya opened its doors to the public on 23 April 2016 under the theme ‘Flowers and Children’, and with the motto ‘A Green Life for Future Generations’. Since then, the Horticultural Expo has been able to provide visitors with a unique experience with its themed gardens, museums, exhibits, activities and events. 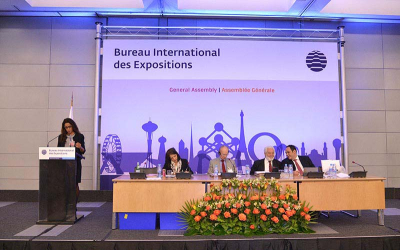 On 22 April, Turkey’s first Horticultural Expo was inaugurated by Turkish President Recep Tayyip Erdogan, the Secretary General of the BIE Vicente G. Loscertales, and the President of the International Association of Horticultural Producers (AIPH) Bernard Oosterom. The opening ceremony was marked with an impressive sound and light show.

This spectacle was the first of many events taking place at the Expo, with visitors being entertained, amused and educated by a range of activities organised by Expo 2016 and by international participants. Around 175 events are organised on the Expo site every day, with organisers are hoping for a total of 33,250 cultural events by the end of its run. 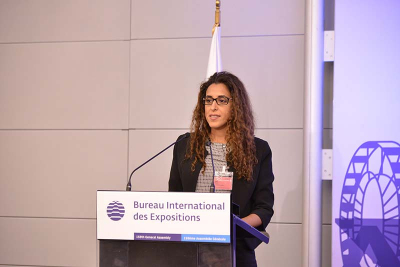 Daily activities are organised for the amusement of all age groups. Children can benefit from playful educational workshops in the Centre of Science and Technology and Kids Island. Many concerts are taking place on the Expo site, with a wide selection of styles to please all visitors, such as Maroon 5 on 9 June and Deep Purple, who are set to perform on 5 July.

Of the 53 international participants in Expo 2016 Antalya, seven have already celebrated their national day within their pavilion, including the Republic of Korea on 28 April, the Netherlands on 12 May and China on 27 May.

As of 8 June, Expo 2016 Antalya had received 437,929 visitors, with a total of 1,712,315 tickets having been sold. Many activities are being organised in order to further promote the Expo, and a series of forums, meetings and international seminars will take place before the Expo closes its gates on 30 October 2016.


The opening ceremony of Expo 2016 Antalya