Floriade Expo 2022 Amsterdam-Almere, the seventh Horticultural Expo to be hosted in the Netherlands, has been declared open following an inaugural ceremony on the Expo site.

His Majesty King Willem-Alexander of the Netherlands formally opened the “Growing Green Cities”-themed Horticultural Expo, which will welcome visitors from tomorrow, 14 April, for a six-month immersive discovery of green solutions from around the world. 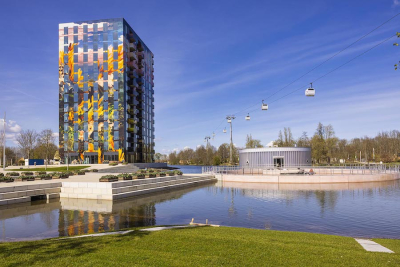 Dedicated to the young generation, the inauguration of Floriade Expo 2022 featured specially curated cultural performances and official speeches by the Commissioner General of the Expo, Annemarie Jorritsma, the Secretary General of the Bureau International des Expositions (BIE), Dimitri S. Kerkentzes, the Minister of Agriculture, Nature and Food Quality of the Netherlands, Henk Staghouwer, as well as other key stakeholders.

Following a tour of the site, King Willem-Alexander officially opened the Expo by symbolically planting the last piece of greenery in a living map of the park with the help of three children. Later in the evening, a grand opening spectacle, SCHOONSCHIP - depicting the young generation fighting for a better future - will dazzle guests on the Esplanade in central Almere. 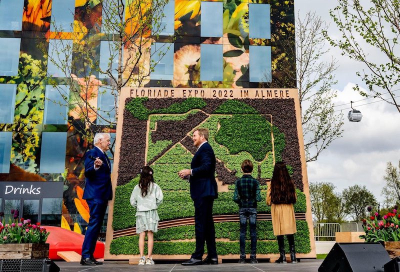 The Secretary General of the Bureau International des Expositions (BIE), Dimitri S. Kerkentzes stated: “Over the next six months, Floriade Expo 2022 will raise questions about climate change, urban development, and inclusive growth, shedding light on the many solutions to these global challenges. At this seventh Horticultural Expo organised in the Netherlands, everyone has the opportunity not just to visit and learn, but to actually take part in the shaping of a greener future”. 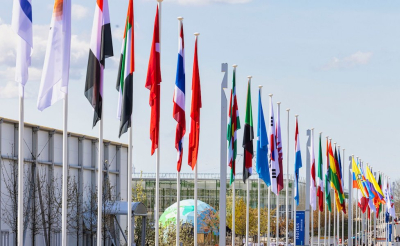 Gathering more than 30 international participants, Floriade Expo 2022 serves as a living laboratory for green innovations, and welcomes visitors seven days a week, from 10am to 7pm. During the course of the Expo, hundreds of events will take place on the 60-hectare site, with international gardens situated alongside national exhibits, artistic displays, and innovative buildings made from sustainable materials, including a 10,000m2 greenhouse complex. The Expo site, which is organised according to an alphabetically-arranged arboretum, is located on the Weerwater in the city of Almere, and will form part of Hortus, a green, healthy urban district, after the Expo closes its gates.

Conceived as a ‘garden city’, Almere is the youngest city in the Netherlands and aims to be the fifth-largest city in the country by 2030. A part of the Flevoland region and located within the Amsterdam metropolitan area, Almere was formed on land reclaimed from the Zuiderzee, and is situated 2 to 5 metres below sea level.

Horticultural Expos have been recognised by the BIE since 1960 and are aimed at fostering cooperation and the sharing of knowledge and solutions between countries horticultural producers and agricultural industry by addressing the paramount issues of health lifestyles, green economies, sustainable living, education and innovation. The Netherlands is the host country of the first Horticultural Expo organised under BIE auspices – Horticultural Expo 1960 Rotterdam – and has organised subsequent editions, known in Dutch as ‘Floriade’, in each decade since.