Three months after its opening, representatives of the XXII Triennale di Milano addressed the 165th General Assembly of the Bureau International des Expositions (BIE) to give an update on the opening and running of the exhibition. 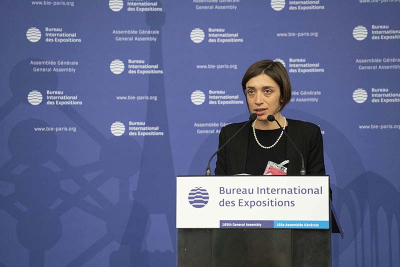 Lorenza Baroncelli, Artistic Director, offered delegates a recap of the inaugural ceremony on 28 February, during which Secretary General of the BIE, Vicente G. Loscertales declared the event open. The ceremony was attended by several high-level dignitaries including the President of the Italian Republic, Sergio Mattarella, and the Mayor of Milan, Giuseppe Sala, as well as representatives of countries participating in the event. 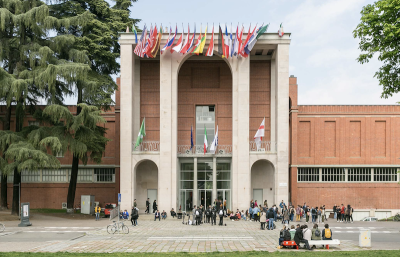 With 21 international participants gathered in Milan under the theme “Broken Nature: Design Takes on Human Survival”, the XXII Triennale “gives visibility to a wide range of projects and research that contribute to the global debate”, assessed Ms Baroncelli. She added that “collaboration through cultural discussion is a responsibility with political value, and is a unique way of building a better future.” In this way, Member States were reminded of the importance of the 21 international participants to the XXII Triennale di Milano, whose different interpretations of the “Broken Nature” theme are essential. 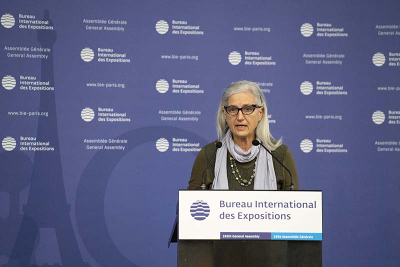 Three participating countries have been recognised for their interpretation of the theme, receiving Bee awards: Australia for its presentation in defence of the coral reef, Austria for its breakthrough toilet device separating hydrogen and phosphorus, and Russia for its imaginative telling of the River Moscow story.

The international participation and the thematic exhibition are accompanied by a lively events programme, with an array of activities in collaboration with major events such as the ArchWeek or Milan Design Week, as well as special participant-led events. Eager to discover this rich programme, a record of 170,000 visitors have already been welcomed since the 1 March, according to Organisers.

In light of this success, Laura Agnesi, Head of Program for the 22nd edition of the Triennale di Milano, announced that the institution is already looking towards the 23rd edition of the exhibition in 2022, with its theme set to be revealed this year.