The city of Busan, in the Republic of Korea, held today, 28 November, a Fourth International Conference on a project to bid for the organisation of World Expo 2030. The conference gathers 300 experts from across the country and from further afield with the aim of further developing the potential Expo bid. 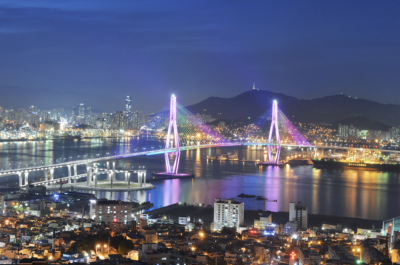 The port city has been planning a bid since 2015, when the “Citizens Committee for the World Expo” was established. According to the rules of the Bureau International des Expositions (BIE), the earliest a country can submit a bid for a World Expo is nine years before the proposed opening date, meaning that the candidature process will not begin before 2021. Once a country submits one bid, other countries have six months to file their own candidature with the BIE.

According to the mayor of the city of Busan, Suh Byung-soo, organising World Expo 2030 can “provide a breakthrough in the future development of Busan”, with the potential to boost the economy by 40 trillion won (USD 45 billion) and to generate 540,000 jobs. 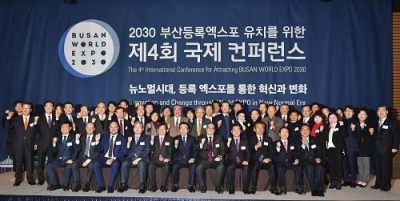 The Deputy Secretary General of the BIE, Dimitri Kerkentzes, attended the conference and made an opening speech about the challenges and opportunities of mounting a successful Expo project. “If the will and the vision are there, it is a journey that I would strongly recommend,” Mr. Kerkentzes told the audience, adding that: “taking into the consideration the tremendous success of the Republic of Korea in hosting two past Expos, I am very pleased and excited by the possibility of having a candidature from the city of Busan for World Expo 2030.”

The Republic of Korea has successfully hosted two Specialised Expos – Expo 1993 Daejeon and Expo 2012 Yeosu – but it has never hosted a World Expo.

Busan is the country’s second largest city and is the world’s sixth busiest port by container volume. The city has successfully hosted numerous mega events including the 2002 Asian Games and APEC 2005 Korea, and is home to the annual Busan International Film Festival.

Asia has already been home to two World Expos – Expo 1970 Osaka and Expo 2010 Shanghai – and the next World Expo will be held in Dubai in 2020. Four countries – France, Japan, Russia and Azerbaijan - are currently bidding to host World Expo 2025.