The Expo ’90 Foundation (The Commemorative Foundation for the International Garden and Greenery Exposition, Osaka, Japan, 1990) has announced that Prof. Stuart L. Pimm has been selected as the winner of the 2019 International Cosmos Prize, the 27th edition of the award.

Established to commemorate International Horticultural Expo 1990 in Osaka, the Expo ’90 Foundation is responsible for the management of commemorative funds and the promotion of activities that develop the theme of the Expo – "The Harmonious Coexistence of Nature and Mankind." 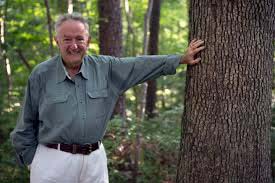 The Expo’ 90 Foundation selected Prof. Stuart L. Pimm, Doris Duke Professor of Conservation Ecology Nicholas School of the Environment and Earth Science at Duke University, for his contributions through the marriage of theory and practice in the field of habitat and species preservation.

Prof. Stuart L. Pimm started his work in the late 1970s, and laid the mathematical models, which established the theoretical basis for understanding the complexities of food webs, the speed of species extinction and other such factors critical to the conservation of ecological habitats worldwide. In 2007, he established the international non-profit foundation ‘SavingSpecies’, which became ‘SavingNature’  in 2019. It supports local groups in their habitat conservation activities and directs biodiversity conservation policy formulation.

Since 2008, the Expo '90 Foundation has collaborated with the BIE through a separate initiative, the BIE-Cosmos Prize. This prize is given out at each World and Specialised Expo, rewarding projects linked to the theme of the Expo and encouraging citizen participation. At Specialised Expo 2017 Astana, the BIE-Cosmos Prize was awarded to the National University of Lesotho (NUL) for its innovative low-cost solar collector project, reflecting the Expo’s “Future Energy” theme.

For more information regarding the 2019 edition of the International Cosmos Prize and the winner, please visit the Expo '90 Foundation website.