The Bureau International des Expositions (BIE) held its 170th General Assembly in Paris on 20-21 June 2022. Delegates representing the 170 Member States of the BIE attended the meeting - held physically for the first time since 2019 – which included the final report of Expo 2020 Dubai, progress reports on ongoing and upcoming Expos, and presentations from Candidates for Specialised Expo 2027/28 and World Expo 2030.

With Expo 2020 Dubai having closed its gates on 31 March, a large delegation led by the Chairman of the Expo 2020 Dubai Higher Committee H.H. Sheikh Ahmed bin Saeed Al Maktoum participated in the General Assembly to deliver Expo 2020 Dubai’s final report. H.E. Reem Al Hashimy, UAE Minister of State for International Cooperation and Director General of Expo 2020 Dubai, told Delegates that the success of the World Expo, which received 24.1 million visits, “is a sterling testament to the value of true international cooperation”, which showed that “connection and collaboration are sacrosanct in the service of peace, prosperity and the preservation of this planet we call home.” The delegation also revealed Dubai’s project for the former Expo site. More to follow 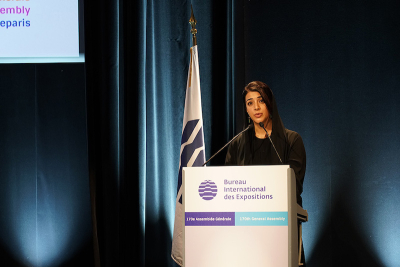 The General Assembly then heard from Organisers of the next World Expo – Expo 2025 Osaka Kansai, which will open in under three years. The Commissioner General of the Expo, Ambassador Koji Haneda, took the floor to inform Member States that 120 countries and 7 international organisations have so far confirmed their participation in the Expo, and that the See Agreement signed between the BIE and the Government of Japan is scheduled to enter into force. Preparations on the part of international participants will be further supported by the organisation of the first International Planning Meeting in Japan in October 2022. Regarding the content and programming of the Expo, the Vice Secretary General of the Expo Organiser, Manatsu Ichinoki presented the concepts of the eight signature pavilions and provided an overview of momentum-building activities, notably including the reveal of the Expo’s official character, whose name will be announced shortly. 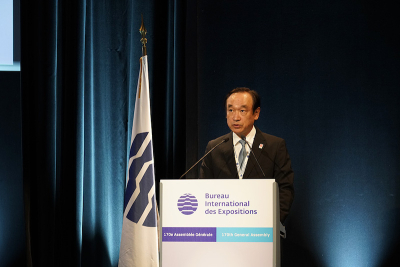 With World Expo 2030 Candidates in the process of preparing their candidature dossiers to be submitted to the BIE by 7 September, presentations were made to Delegates by Italy, Saudi Arabia and the Republic of Korea highlighting each country’s vision for Expo 2030.

Making the first presentation, Italy’s delegation outlined its vision for a World Expo in Rome under the theme “People and Territories: Urban Regeneration, Inclusion and Innovation”. The candidature was presented by the Chairman of the Expo 2030 Roma candidature committee, Ambassador Giampiero Massolo, as well as by athlete and Olympic medallist Elisa Santoni. Nobel prize laureate Muhammad Yunus also addressed BIE Delegates via video message. 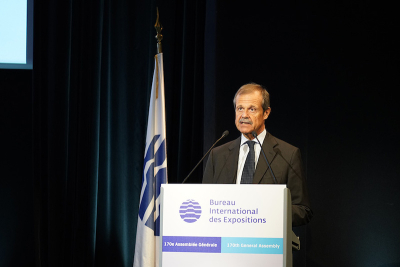 The candidature of Saudi Arabia for World Expo 2030 in Riyadh, themed “The Era of Change: Leading the Planet to a Foresighted Tomorrow”, was presented by entrepreneur Adwa AlDakheel, followed by the CEO of the Royal Commission for Riyadh City (RCRC), H.E. Fahd Al Rasheed, and Shoura Council member Dr. Eiman Elgibreen. A video featuring young and accomplished people from Saudi Arabia was also shown to Delegates. 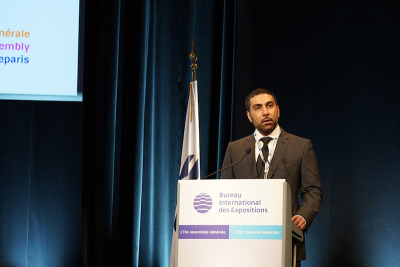 The Republic of Korea was the last to take the floor to present the project to organise World Expo 2030 in Busan under the theme “Transforming Our World, Navigating Toward a Better Future”. Prime Minister Duck-soo Han and the Mayor of the Metropolitan City of Busan, Heong-joon Park, laid out the World Expo project to Delegates, with the delegation also including Ju-ri Yang, Senior Research Engineer, Holistic UX Group Hyundai Motors, and Dr. Lemma Teshome Tufa, Research Professor. The President of the Republic of Korea, Suk-yeol Yoon, also made an appeal to BIE Delegates via a video message. 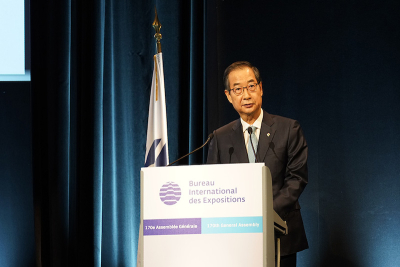 Following the submission of candidature dossiers for a Specialised Expo in either 2027 or 2028, the five countries seeking to host the next Specialised Expo – Thailand, Serbia, Spain, Argentina and the United States - presented their projects to the General Assembly. More to follow

With regard to Horticultural Expos, the General Assembly was given a video update from Floriade Expo 2022 Amsterdam-Almere, which opened to the public on 14 April. The CEO of the Expo Organiser, Hans Bakker, reported on the inauguration of the Expo by King Willem-Alexander of the Netherlands on 13 April, and on the national and international participation including Belgium, which recently became the first international participant to celebrate its National Day at the Expo. He concluded by sharing footage of the Expo site and inviting everyone to visit Almere and learn about “Growing Green Cities”. 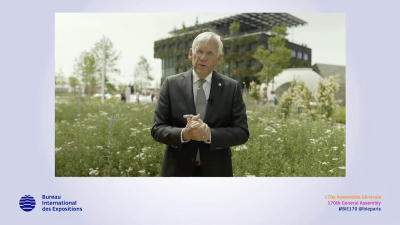 Member States were also informed about the progress of the following Horticultural Expo – Expo 2023 Doha Qatar. The Ambassador of Qatar to France H.E. Ali Bin Jassim Al Thani emphasised that the Expo will “address the challenges that hot desert countries face in the field of desertification and sustainability, and will constitute a new opportunity for the development of agriculture and greening cities”. Providing further information on the preparations, the Secretary General of Expo 2023 Doha, Mohamed Ali AlKhoori indicated that 22 countries have already confirmed their participation, adding that a guide to develop the “Green Desert, Better Environment” topic has been developed to support maximum engagement with the theme. 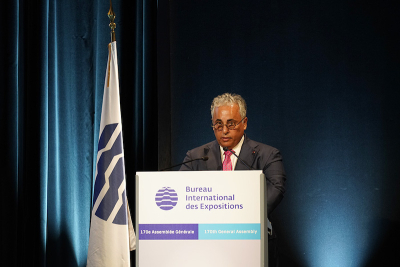 Looking beyond 2023, Junichi Ueno representing Japan’s Ministry of Land, Infrastructure, Transport and Tourism notified the General Assembly that the Government of Japan has submitted its application to the BIE for the recognition of Horticultural Expo 2027 in Yokohama under the theme “Scenery of the Future for Happiness”. The Under-Secretary General of the Japan Association for the International Horticultural Expo 2027 Yokohama, Hayami Sato, then briefly presented the theme and concept for the Expo.

With the 23rd International Exhibition of Triennale Milano opening on 15 July, Member States were given a preview of the exhibition, themed “Unknown Unknowns. An Introduction to Mysteries”. Marco Sammicheli, Triennale Design Museum Director, informed Delegates that the XXIII Triennale will gather 600 works from 400 artists, adding that 20 countries – including five from the African continent – will be participating. The thematic exhibition was then presented to the General Assembly by astrophysicist and curator Ersilia Vaudo, before a conclusion was made by the Director General of Triennale Milano, Carla Morogallo. 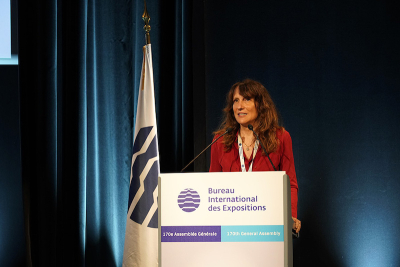